Challenge was to search "Strange Photos" and pick one, write 1000 (or 1146, in this case) or so words of whatever comes to mind because of it.  My dip into the 'strange photos' section of Google Images dumped me right in the lap of the Merrilyn Cryptid Museum which is full of the apparently re-discovered remains of various mythological creatures, all preserved and displayed all scientific and stuff. 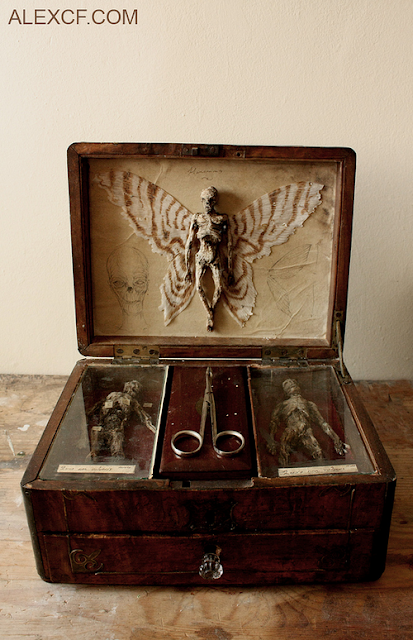 In the basement, the boxes lie.
A rustling of parchment.  Flicker of the gas lamps.  Scratching of nib against paper.  But otherwise, silence.  And a forest of boxes.
The man at the desk put down his pen and blotted the ink.  He surveyed his handiwork, double checking for mistakes.  There were none, so he spread a layer of paste in the appropriate space and pressed the label into it:
Homomimus Alatus (Common Fae)

Bonus Weirdness:  The Runner Up Picture. 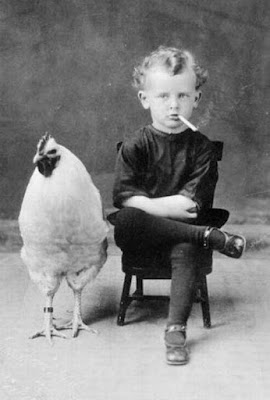 Popular posts from this blog

May 26, 2018
It's Countdown Time! Tracked Down  is being released on May 31st...that's FIVE DAYS from now!  Yay! You can Preorder your ebook copy here for $0.99.  USD If you're new and need to catch up: Snowed In and Smoked Out  are also available on Amazon! The Giveaway ends on May 29 at 23:59! Entere HERE for some great prizes!  There's a signed paperback copy of Snowed In , an awesome tote bag, a couple cool stickers with a neat bookmark...and a $25 Amazon gift card, which is essentially free money.  I'll announce the winner on the 31st when the book launches.  Just three days left to enter! Cat Tax: Meow.
Post a Comment
Read more

August 17, 2018
Oops...almost forgot to do this ;) I took this one because of the colours.  There was a campfire going and stuff, but I've always loved trees against a sky this colour...super soothing. This is the end of a hiking trail.  Trees have been beset by goddamn pine beetles, which is why they're so red.  There was a storm blowing over, which is why the sky was so dark, and perfect lighting elsewhere... There's another trail a few meters to the "left" of this pic that has been closed all summer due to bear activity.  Fun times. Hope you enjoyed!
Post a Comment
Read more

A New Store - And Some Other Things

March 29, 2018
So.  Updates.  Yay. The elder two kids are outside, in splash-pants and rain coats.  It's not raining (it's actually supposed to snow later, got a storm warning and everything.  Yay for March in the mountains.), but everything is wet as hell on account of the snow finally melting.  It also smells of camping because there's a fire going near by. ...I want to go camping so bad, you have no idea... Anyway - I started a Cafe Press shop .  It's named after my fantastically non-witty blog because I couldn't think of anything else, It also hasn't got much in there right now (and what there is is kinda cheesy), but I figured...what the hell.  Someday, someone might want a shirt that relates to my books/website/brand thing I'm trying to build for myself.  Or a stainless steel water bottle.  Or an interesting sicker.  Someone like...well, me. And maybe my mum. Or maybe, someday, one of you guys.  One can hope. Plus, I'm thinking of one day doing some s
Post a Comment
Read more